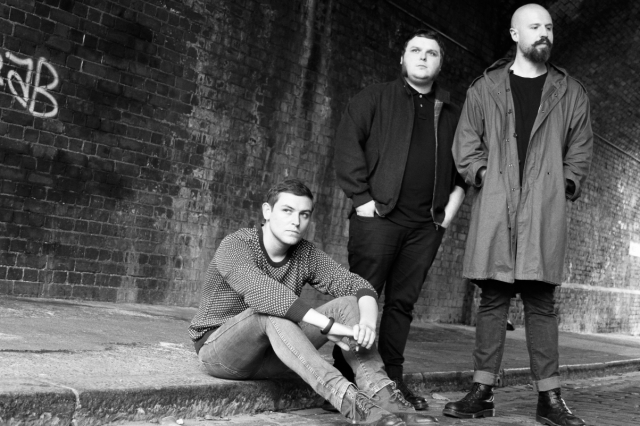 This feature originally ran in The Herald Newspaper (Scotland) on December 18, 2014.

Let us give thanks that The Twilight Sad do not write their own press releases. “I’d never call myself a singer,” says the Kilsyth alt-rockers’ frontman, James Graham. “I wouldn’t say I was a musician. I suppose that I think of myself as a guy who moans and tells stories, sometimes in tune.”

If the band have room atop their hearth for yet another accolade – having already bagged myriad end-of-year garlands thanks to their excellent fourth album, Nobody Wants To Be Here And Nobody Wants To Leave; not to mention their winning the public vote at last year’s Scottish Album of the Year (SAY) Award for its predecessor, No One Can Ever Know – then they might wish to add a laurel for uncalled-for rock ‘n’ roll modesty.

Don’t be fooled by Graham’s good-humoured if unassured (anti-)sales pitch, though. His voice has raised the roof in Paisley Abbey accompanied by the Royal Scottish National Orchestra, been branded as “beautiful” by Aidan Moffat (with whom he collaborated on this year’s folk-inspired Where You’re Meant To Be tour of Scotland), and it sounds more melodic and forceful than ever on the trio’s latest album.

“I think I’m probably singing better than I ever have – but that’s not to say I’m singing well,” Graham concedes with a quiet laugh in Glasgow’s Nice N Sleazy, his spiritual home. He goes on to locate his striking charms, which are cloaked in bruising post-punk by co-songwriter / guitarist Andy MacFarlane and drummer Mark Devine. “I’ve made no qualms about Morrissey being one of my favourite singers. But so is [Joy Division’s] Ian Curtis, and so is Aidan [Moffat],” he offers. “I’m not trying to encompass everything they do, but between those three, you’ll get somewhere close to where I am and how I write. For me, it’s not about being a singer. It’s about telling the story the right way.”

No one invokes unsettling sonic fictions like The Twilight Sad. Across four albums, the school-friends have explored the untold and the unforgivable, against a blaring indie backdrop of small towns and suffocating domesticity. Their titles play out like tiny, self-contained narratives (2007’s That Summer At Home I Had Become The Invisible Boy; 2012’s Nil), or cryptic crossword clues (2007’s Mapped By What Surrounded Them; 2012’s Dead City). This dark, compelling, exquisite realm is further unearthed and (un)inhabited on Nobody Wants To Be Here And Nobody Wants To Leave.

As usual, it revels in shadows (There’s A Girl In The Corner), beneath the surface (Drown So I Can Watch), in dark histories (Last January) and limbos (In Nowheres), and the album’s themes are as opaque as they are bleak. Its gorgeous centrepiece, a dread-beat psalm called It Never Was The Same, possesses a superlative chorus that could variously read as a treatise on faith, ritualism, war, Armageddon or personal loss (“We dance to save them all, we ask to save them all, we try to save them all, you didn’t need to kill them all”), while Drown So I Can Watch might allude to witchcraft, folklore or (mistaken) identity, and Last January seems jolted by the shock of intangible human connections (“Your eyes, touching my eyes”).

Or, it might just be an album about good old-fashioned heartbreak (I Could Give You All That You Don’t Want). Graham won’t be drawn on the specifics of his lyrics, allowing listeners to (mis)interpret them as we please. But there are, perhaps, more clues than usual on their latest record – the story of which, in typically twisted fashion, starts with an ending. “The last song on the record was the first song I wrote for it,” Graham recalls of funereal post-rock hymn Sometimes I Wished I Could Fall Asleep. “It felt like it could be the closing statement on everything,” he offers. “I thought, ‘Well, if it all f****s up, that’s a nice way to go out.’”

This sentiment echoes Graham’s previous claims that these songs might be his last – such was his frustration and faltering confidence, due to the band’s “slow progress” despite their hard work (and cardinal talent). “It felt like we were shouting up against a brick wall,” he says now. “That song wasn’t directly about the band, but at the same time, subconsciously – wow. It had a domino effect on the rest of the songs we wrote.”

Since then, they’ve toured and reissued their seminal 2007 debut, 14 Autumns And 15 Winters, and threatened the UK Top 40 with Nobody Wants To Be Here And Nobody Wants To Leave. These events have been key to Graham’s (cautious) renewed enthusiasm for writing new material as 2014 winds down. “I think I’ve finally realised how much our songs mean to people,” he ventures. “There seems to be light at the end of the tunnel.”

Looking back though, was it liberating to write these songs in the belief they may be his last? “I think so,” he nods. “It’s a weird thing, when you’ve got so much to lose. I think it spurred me on to just not settle – not that I’ve ever really settled – and we weren’t afraid to do anything. Some people say it’s the most pop record we’ve ever made,” he suggests. (And certainly, there are beautiful riffs, uncanny hooks, and ghosts of pop melodies throughout). “But there are risks on there too,” he adds. “Some of the songs are just so bare, especially the last one, and the writing style’s different – there’s not as many metaphors as I’ve used in the past.”

There is more space on this album. Does that suggest a more outward, or even upward-looking vantage point? “Yeah, I think so,” he nods. “The last record was really insular, it had space, but it was really cold-sounding. And the second one [2009’s Forget The Night Ahead] was really in-your-face. So it was trying to strike the balance of that – you know, thinking, ‘Maybe this doesn’t need 10 guitars on it,’” he says, and laughs, and covers his face, like so many of their album sleeves. Then he looks up and hazards a smile. “We realised we didn’t need to hide behind anything.”

The Twilight Sad: Forget The Night Ahead Album Review, The List, 2009