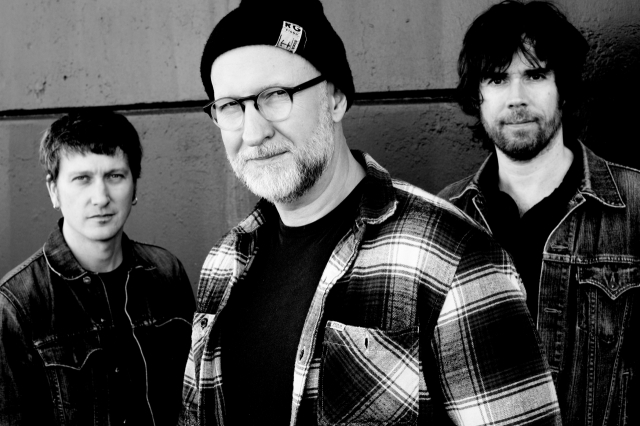 This interview originally ran in The Herald newspaper (Scotland) on May 17, 2013.

Alt-rock hero Bob Mould’s surname is so apt you might assume it is a pseudonym.

Mould is a suitably fetid epithet for a US punk and hardcore reformer, and Mould is also fitting for a man who carved the topography of alternative rock with 80s breakneck-garage malcontents Husker Du and 90s axe-pop melodists Sugar; who shaped and inspired The Pixies, Green Day and Nirvana.

Copper Blue’s reissue last year saw it hailed (again) as a masterpiece in the alt-rock canon, and its continued relevance is testament to Mould’s knack for ambiguous yet identifiable (thus universal) lyrics, and his timeless armoury of thundering, super-melodic rock. Did he realise that Copper Blue would resonate with us so loudly, and for so long? “Once we were out on the road and we started to perform the album last year, I got a much better sense of what the record meant to people – I could see it in people’s faces, and I was really happy about that,” says Mould, whose extra-curricular antics include penning the theme tune for satirical US TV beacon The Daily Show, coining scripts for World Championship Wrestling and thriving as an electronic music buff and DJ. “I think Copper Blue is one of my strongest works from the 80s and 90s, and knowing that its anniversary was coming up had a lot to do with the writing of Silver Age – you know, just thinking about short, loud guitar-pop songs again.”

Mould issued eight divergent albums between Copper Blue and Silver Age, but there is a kinship between these two long-players, and it appears to go deeper than their rapturous, power-pop charms. There are cosmic, rhythmic and melodic echoes of the former record’s swansong Man on the Moon, in the latter’s Steam of Hercules (“the sky was filled with light”). And there’s an elemental, precious-metal alliance in the album names – was this a titular indication that the two LPs were kindred spirits? “Uh, no – that actually sort of just happened,” laughs Mould. “The title track on Silver Age was just one of many songs, and I didn’t have an album title, and then I noticed the similarities and I thought, ‘oh well, that makes that simple!’ Silver Age is not a dumb record, but it is a very simplistic pop record, there’s not a lot to unravel inside of it. That’s what the autobiography was for.”

Mould’s autobiography, See A Little Light: The Trail And Rage of Melody, was published in 2011 and detailed, among other things, his troubled New York childhood; his struggle with sexual identity, subsequent outing and joyous immersion in New York’s gay scene; and the personal animosity that defined (and destroyed) his vital song-writing union with Husker Du’s Grant Hart. Mould shut himself off from making music for three years to work on the book, and then fired back with Silver Age, guitars blazing, shooting lyrics from the hip (and heart).

Mould recalls: “After the book came out in June 2011, I did a lot of solo shows, and a lot of shows with the Foo Fighters, and I started working on the Sugar reissues, and all of those things created this environment to start writing Silver Age. But the thing that really brought it home was the tribute show in Los Angeles in 2011,” he says of alt-rock extravaganza See A Little Light: A Celebration of the Music and Legacy of Bob Mould. It starred, among other disciples, Dave Grohl, Ryan Adams, Britt Daniel (Spoon) and Craig Finn (the Hold Steady) – plus Mould himself. “Coming out of that show, I was feeling a lot of love and I had a lot of energy, so in December 2011, I went home and wrote what became the core of Silver Age. The songs were written very quickly, the words were very train-of-thought, and it went back to the way that I used to make records – put three people in a room and record the songs – and I think that has a lot to do with its energy. It has that spark.”

Silver Age is clamorous and ecstatic, but it’s a long way from Husker Du’s livid psych-punk – has Mould’s creative impetus shifted through the years? “Oh yeah, back then I was young and rebellious and angry and I wanted to change the world. These days, I’m just happy that I can still play music; that I still have people who like the work that I do. I don’t have that anger all the time,” he laughs gently. “Everything changes.”

Oran Mor, Glasgow, May 18. Silver Age is out now via Edsel.

Husker Du – Metal Circus (SST, 1983)
The Minneapolis trio released a live album (Land Speed Record) and
studio debut (Everything Falls Apart) before this critical mini-LP
which offered nascent glimpses of the psychedelia, 60s melodies and
incendiary power-pop that would come to define their post-hardcore
clamour.

Husker Du – Zen Arcade (SST, 1984)
Their still-thrilling breakthrough album is a kaleidoscopic concept
treatise whose irascible, genius (and often beautiful) deployment of
neo-classical, folk and jazz blazed a trail for alternative rock and
influenced bands from Green Day to Nirvana.

Husker Du – New Day Rising (SST, 1985)
As their success accelerated, so too did the animosity between
prodigious co-songwriters Bob Mould and Grant Hart. Their energy, ire
and one-upmanship makes this a savage, glorious album.

Sugar – Copper Blue (Creation Records, 1992)
When the Pixies formed, they recruited Kim Deal through an advert for
“a bassist into Peter, Paul and Mary and Husker Du”. Mould tipped his
hat right back at them with a Pixies homage, A Good Idea, on this
axe-pop tour-de-force.

Bob Mould – Silver Age (Edsel, 2012)
Three decades on, Mould proves that while his punk-rage has abated,
his fierce melodic urge is insatiable.