2011: A Vintage Year for The Scottish Album 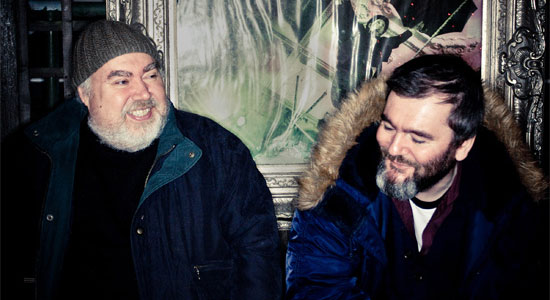 This article originally appeared in The Herald Newspaper (Scotland) on December 26 2011, under the heading: Out With The Old – The Highs of 2011. Herald Critics Look Back At A Jam-Packed Year of Arts.

As global major labels misfired and local DIY imprints thrived, 2011 proved to be an excellent year for the Scottish album.

Five records in particular enriched our contemporary rock and pop canon. They traced, then re-drafted, our musical landscape; they said new and important things in their own language; they felt grounded in Scotland yet universal. And they sounded unlike anything else.

Arab Strap’s Aidan Moffat has been one of our most striking voices since the mid-nineties, but his poignant dalliance with avant-pop prophet Bill Wells, Everything’s Getting Older (Chemikal Underground), heralded a landmark release. Wells’ heavenly melodies and piano motifs provided a gorgeous musical backdrop for Moffat’s poetic odes to love, life, death and the passage of time.

Time passing was also a keynote in King Creosote and Jon Hopkins’ Mercury-shortlisted Diamond Mine (Domino). King Creosote – aka Kenny Anderson – is a more abstract lyricist than Moffat, but his exquisite allusions to relationships and growing older were equally affecting. The Fife-inspired psalms, which spanned Anderson’s adult life, were reworked by electronic alchemist Jon Hopkins into a hypnotic, sublime, nigh-classical suite.

Classical music has long been a touchstone in the instrumental epics of Remember Remember, largely due to the influence of Steve Reich and Philip Glass, but their mesmeric second LP also drew on Middle Eastern modes, krautrock and pagan ceremonials. The Quickening was released on Mogwai’s Rock Action Records, and like their label bosses (whose 2011 opus Hardcore Will Never Die, But You Will was also outstanding), Remember Remember’s instrumentals speak volumes. Although unsettling at times, The Quickening’s over-arching message was one of hope.

Day-glo rave-pop wunderkind Rustie also exploited instrumental music as a conduit for optimism – his incandescent debut, Glass Swords (Warp) packed a hyperactive punch of hip-hop, MOR and happy hardcore – while Muscles of Joy lived up their name with a forceful blast of folk-punk rapture on their eponymous debut (Watts of Goodwill). From psalm-singing to art-pop, the album’s primitive arias established the all-female a cappella seven-piece as one of our most vital contemporary acts.

(Muscles of Joy – Coins Across His Hips)

It’s worth nothing that each of these five albums was released on an independent label, and that only two of these (Warp and Domino) are not based in Scotland. While Glasgow’s Chemikal Underground and King Creosote’s Fife-based Fence Records continue to thrive after 15 years, this year’s wealth of first-rate albums reflects a groundswell in newer grassroots imprints.

Some artists took matters into their own hands, and self-released terrific albums like Monoganon’s folk-rock charmer, Songs To Swim To; Jonnie Common’s remix anthology, Deskjob, and slow-core sextet Happy Particles’ bid for Blue Nile-via-Sigur Ros bliss with Under Sleeping Waves.

This year also saw Scottish labels and artists dabbling with increasingly creative (and picturesque) physical formats. Song, by Toad and Fence re-released two stand-out 2010 albums on heavy vinyl in 2011 – the former with Meursault’s alt-rock tour de force All Creatures Will Make Merry, and the latter with Kid Canaveral’s indie-pop hoopla Shouting at Wildlife – while a couple of recent must have releases were issued on yellow cassette (with download code). They were Adam Stafford’s folk-pop marvel Build A Harbour Immediately (through his Wiseblood Industries label) and Wounded Knee’s primal-folk knees-up House Music (via Edinburgh imprint Gerry Loves, whose recorded artefacts are uniformly beautiful).

Electro-folk trio FOUND, meanwhile, released a kraut-pop delight in Factorycraft (Chemikal Underground), then gave a whole new meaning to the phrase “music consumption” when they released the single Anti-Climb Paint on chocolate seven-inch.

For every slice of edible vinyl or day-glo tape, there came predictable (and necessary) debate about the pros and cons of digital availability and music downloading. While there are no easy or definitive answers, such heated and on-going argument is surely the sign of an industry in passionately rude health.

It is guaranteed that as soon as I file this piece, I’ll recall more great albums that have shaped this vintage year in Scottish pop. This embarrassment of riches is testament to an independent music scene that is fired-up, eclectic, inventive and optimistic. It’s a thrilling place to be.

POST SCRIPT: I knew I would neglect at least one Scottish album that I’ve loved this year in my 2011 round-up, and so it was. Take a bow, Conquering Animal Sound, whose gossamer machine-folk opus Kammerspiel, is brilliant. I wrote a review of it for The List back in February. Curse my bad memory…

Related articles: On the Track of a Scots Gong